Click the PLAY button below to hear attorney Jeff Tomczak on local radio! 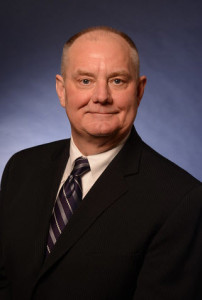 Let our Experience and Past Results WORK for YOU!

For nearly 25 years Jeff Tomczak has been in the trial courtrooms of Will County, Cook, DuPage, Grundy, Kankakee and LaSalle counties, as well as Federal District Court, handling the most serious, high profile personal injury and criminal matters. As the Joliet Herald News has said, his “straight forward approach” is all about getting results” for victims as well as working to assure that no others are injured through the same conduct. His work representing victims has resulted in not only significant compensation for his clients who have been injured through the unjust actions of others, he has also worked and succeeded in, for example, recalling 600,000 dangerous cribs nationwide, placing a dangerous nursing home into “Receivership” for the first time in Illinois history, and increasing the winning percentage of the States Attorney’s Office to it’s highest in 20 years. The Illinois Supreme Court has also personally appointed Jeff Tomczak to the Capitol Litigation Review Committee to help review the credentials of lawyers seeking permission to handle Death Penalty cases.

Jeff was born in Chicago’s south side having attended St. Mary’s of Perpetual Help, Immaculate Conception, and De La Salle High School. After graduating from De Paul University in 1982, Jeff enrolled in The John Marshall Law School. At the same time period Jeff was working construction nights and weekends full time, among other jobs, in the Chicago Sewer System. At John Marshall, Jeff was elected “Magister” of the Phi Delta Phi Law Fraternity and excelled in the area of trial advocacy.In 1985 Jeff was appointed Assistant State’s Attorney for Will County initially assigned to the Complaint Office, reviewing all charges requested from Law Enforcement and citizens. Jeff was shortly thereafter moved into the high volume misdemeanor courtrooms handling hundreds of cases including DUI’s, Thefts, Domestic Violence, and Narcotics. A promotion to the Felony Division soon followed where Jeff began handling the most serious offenses including Burglary, Aggravated Battery, and Murder.

After having been recruited by a large Chicago Law Firm in 1988, Jeff began handing significant Civil Litigation including personal injury matters, commercial litigation, and Declaratory Judgments. During his time working in Chicago Jeff personally handled to successful jury verdict a 26 million dollar breach of contract suit against “First Chicago Bank”.

In 1990 Jeff was sought out by the State’s Attorney to take the lead role in the a newly formed Multi-Jurisdictional Narcotics Prosecution Unit. As Chief Narcotics Prosecutor, he personally prosecuted the Nations first “Drug Induced Homicide”, increased winning percentages and drug forfeitures to record setting levels, and instituted straight-forward policies to insure all defendants were treated evenly and fairly. Jeff’s hard work and dedication was noted by the Illinois Criminal Justice Authority and the unit was honored in 1992 by the Metropolitan Area Narcotics Squad, (M.A.N.S.).

Once again promoted to Chief Felony Prosecutor in 1991, Jeff assumed control over all felony matters being prosecuted in Will County and personally handled our most serious cases. His strong belief that lawyers belong in the courtroom resulted in Jeff personally handling the majority of all Death Penalty and First Degree Murder cases, winning 100% of all cases on behalf of the victims.

In 1993 private practice began for Jeff with a number of high-profile cases. In 1994 Jeff was retained by the mother of “Baby Joshua”, a custody battle that received nation-wide coverage when the government attorneys unlawfully allowed an infant to be removed from the care of his then breast-feeding mother into the hand of the purported father who had never seen the child. Jeff returned the child to the mother and the procedure utilized by the Government was forever changed.

In 1996 a Joliet infant died while in a crib manufactured nationally and sold locally under the brand name Cosco. When hired by the parents to recover for the loss of their child Jeff vowed to prevent any other infant from being injured by these dangerous cribs. Upon filing the lawsuit a demand was made to the Consumer Product and Safety Commission for the national recall of all crib designed in the same defective manner. The demand for the recall could not be ignored when it was discovered the manufacturer had received dozens of reports of other infants becoming entrapped in the cribs. In April of 1997 over 600,000 of these cribs were ordered recalled by the United State’s Government. A substantial recovery was made for the parents, and a promise to protect other children was kept.

During the very early years of the internet, an individual began utilizing the internet for the purpose of harassing a 12 year old neighbor and her family. The posts were highly offensive and resulted in the family receiving uninvited phone solicitations of a sexual nature involving the child. When the family sought the assistance of Jeff Tomczak the goal was to again utilize the legal system to obtain the maximum recovery for victims, but also to creatively work to prevent the same injury to others. The “Internet Stalker” case, as it became known, not only bankrupted the perpetrator but also resulted in the first Federal Legislation to regulate improper actions on-line.

In January of 1997 Jeff represented a Joliet Police Officer charged with planting false evidence on a convicted felon. The case received a large amount of local media attention and was reported as a near “Slam-Dunk” for the prosecution. After a hard fought two week jury trial against the First Assistant from the Attorney Generals Office, (who billed himself as one of the nations leading prosecutors), Jeff achieved a unanimous verdict of Not Guilty on all counts. The headline of the Chicago Tribune read “Ex-Joliet Cop’s Acquittal Stuns Prosecutors”.

Jeff also represented the family of Sgt. Tim Simenson, killed in the line of duty in 1994, when the City of Cresthill refused to pay the family pension benefits nor provide health insurance for his children. After a protracted legal battle the court ordered reinstatement of pension benefits with a retroactive payment. Also, State law was changed so that in the future families suffering such a terrible tragedy will receive health benefits.

Jeff was elected State’s Attorney of Will County and sworn in on December1, 2000. Jeff’s leadership returned a winning attitude to the office as demonstrated by the largest increase in percentage of wnning cases in the history of the office. Conviction rates increased from less than 63% under they previous administration to over 83% under Jeff’s direction. Jeff instituted specific policies for the handling of matters, weekly intensive training sessions to improve courtroom skills, and frequent seminars to Law Enforcement personnel. The Consumer and Family Division was also formed to fight the onset of Identity Theft and Consumer Fraud. Jeff’s Consumer and Family Unit conducted undercover consumer investigations, like “Operation Cool It”, which was covered on NBC’s local news program; and also utilized existing statutes to be used for the first time for Glenwood Nursing Home.

The hard work of the office was recognized by the receipt of an unprecedented number of awards. Jeff Tomczak was, for the first time in Illinois history, honored as the Illinois State Crime Commission’s State’s Attorney of the Year for two consecutive years in 2003 and 2004. The Alliance Against Intoxicated Motorists also awarded Jeff as Statewide Chairman in recognition as the Illinois’ top D.U.I. Prosecutor in 2004. Very simply, there were no more awards for an attorney to win in 2004.