Click the PLAY button below to hear attorney Robert Bodach on local radio! 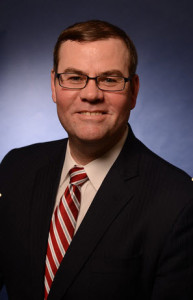 Bob is a third generation Will County attorney who continues the tradition of his father and grandfathers. Bob thrives on being in the courtroom and fighting for the rights of his clients.

Bob began his law career at the Will County Public Defender’s office in 2006. In 2010, Bob was promoted to the felony division where he represented clients charged with drug offenses, sex offenses, DUI, battery and murder. Bob excelled in that high volume environment taking over 40 cases to trial.

Bob grew up in Lockport where he was an active participant in Boy Scout Troop 61 as well as a member of the Lockport Park District swim team. He attended Joliet Catholic High School and graduated in 1989. He continued his education at Illinois Wesleyan University where he received his Bachelor of Arts in Business with an accounting major.

After college, Bob returned to Joliet where he worked full time at First National Bank of Joliet, now Harris Bank, and began his Masters of Business Administration at the University of St. Francis which he completed in 1998. Bob accepted a position at Grant’s Appliance, TV and Audio and worked in various capacities including Controller. While working at Grant’s, Bob learned the importance of listening to customers, discussing all relevant options and delivering exactly what they needed. It was his hands on approach to customer service that laid the foundation for Bob’s legal work ethic.

In 2003, Bob enrolled in the Southern Illinois University School of Law. While attending law school, Bob worked at the Jackson County State’s Attorney’s office prosecuting cases and at Land of Lincoln Legal Assistance Foundation advocating for clients’ Social Security/Disability rights. He was elected Treasurer of Phi Alpha Delta legal fraternity and extensively studied the art of Trial Advocacy. To this day, Bob feels most comfortable and successful when in court and while preparing and conducting trials.