Helping When You Need It the Most: Criminal Defense Lawyers 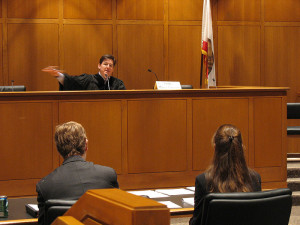 There are two sides to every story unless it is a criminal case; then there are three sides of the story. There is the victim’s story, there is the story of the accused and the story that is most plausible to the court and jury. When it comes to criminal defense, presenting all sides of the story in an accurate way means the difference between compassionate sentencing and possibly an acquittal.

From the point of view of an accused person, an arrest and accusations are very stressful and upsetting. If it is your first time experiencing an arrest, it can be difficult to know what to do next. The emotions are conflicting, and so is a sense of panic and uncertainty.

Your story is important, and your reason and the background information that precipitated the event are all evidence that can support a quality defense with an experienced criminal defense lawyer.

Talk to Your Lawyer First

In the United States of America when you are arrested and accused of crime there are laws that protect your rights as the accused.  The laws are in place to prevent the manipulation of evidence, and bias from external parties that may skew the real evidence and the true story of what happened in the incident. The justice system protects the rights of the victims and also the accused to ensure that true justice is served.

The first law that protects your right as an accused after being remanded to the custody of the police are the Miranda Rights.  One of the rights outlined by Miranda is that you have the right to have a lawyer present during questioning.  Whether that questioning occurs at the scene, in the back of a police car, at a police station or in a jail cell, you have the right to remain silent until you have spoken with a legal representative. Often times accused individuals do not realize that they have the option to not speak, and to prevent incriminating themselves by what they say to the authorities before they have had an opportunity to consult with the legal representative.

Before you say anything, comment on anything, or answer any questions or provide consent for testing, or search of the vehicle or your premises and personal belongings speak with your criminal defense lawyer will county.  It is your right. And remember it is also your right to be provided with free legal representation should you be unable to afford one.

Did you know that when you are incarcerated, as an American citizen you have Eight Amendment Rights in the U.S. Constitution which guarantees that all prisoners must be free from cruel and unusual punishment?  The definition of cruel and unusual punishment can include violence, sexual interference, forced nudity for the purpose of humiliation, being denied adequate sleep and accommodations that are reasonable, including bathroom facilities. Being declined food and water which is deemed to be safe to eat and drink is also violation of your constitutional rights.

If the authorities deem the accused crime to be heinous, there is a potential for police assault and mishandling of incarcerated parties. Your criminal defense lawyer can immediately begin to address any issues regarding your accommodation, and treatment by incarcerating officials.

How Long an Accused Can Be Held?

While in some states there is a limit to how long someone can be held without a formal charge, in the state of Illinois there is no precise limits on the amount of time that someone may be held in custody before being charged.  The court system in Illinois uses the “totality of the circumstances” evaluation to determine if an individual has been held longer than required or for a greater duration than what is deemed reasonable by the court.  The rules for juvenile delinquents however are different and vary on a case-by-case basis.

The calculation for “totality of the circumstances” includes a review of the total length of time the accused has been held, how often the Miranda rights have been read (to remind them of their rights) and the conditions of the accommodation being provided to the prisoner. If the individual has been held for an extended period of time much of the evidence collected from interviewing the accused during their time of incarceration may become inadmissible in court. This protects the accused from being coerced into providing false evidence or admissions on the promise of being released from incarceration, or as a result of pressure applied during forced incarceration.

An experienced criminal defense lawyer quickly becomes an advocate on behalf of his client to ensure that treatment while incarcerated is within the accused rights.  Not only can a criminal defense lawyer help improve your conditions during your period of incarceration, but they can advise you on your best defense strategy and begin building an efficient defense, and help prepare you for your court date.